I’ll be headed down to San Diego in less than a week for Comic-Con, and I’m still deciding what to wear. If you’re in the same boat, hopefully this post and the one about graphic tees from earlier this week will help! And since some of these looks will be more subtle when it comes to its geekiness, they’re another way to incorporate your fandom into your day-to-day and travel wardrobe.

Remember when I talked about using a theme to spice up those T-shirt-based looks? This is a similar idea, and it takes a page from the Disneybound* book. But first, what is Disneybounding? It’s using fashion to show your love for Disney characters without actually putting on a costume; the term was created by Leslie Kay.

You build the outfit around a character’s visual motifs – usually their predominant colors but also accessories. This can be applied outside of just Disney characters, of course – leading to what I’ve sometimes seen called “geekbounding.”

I love the inspired by/ -bounding approach to geek outfits because it lets you use clothes you probably already have and/or it’s clothes you can wear normally, even if you bought it specifically for a disney/geek-bound outfit. I’m a huge fan of clothes that are multipurpose, especially if funds are limited.

But I’m going to break down the levels of “inspired by” outfits because you can go from generally inspired by to spot-on Disneybounds to something more like a costume (what I’ve seen referred to as closet or casual cosplay).

This is the most casual level, and if you read the Graphic Tee post, it’s in the same vein as using a theme to plan your outfit. For my Alice in Wonderland-inspired look below, I took a few motifs from the character – the light blue and white colors of her dress, the rabbit imagery, a headband. It recalls the things associated with Alice without actually being her costume.

This Star Wars-inspired outfit is even more subtle. I accessorized with a Rebel Alliance emblem necklace, but the other inspiration I took was from the orange of the X-Wing pilot flight suits – hence, orange blazer, orange lipstick.

END_OF_DOCUMENT_TOKEN_TO_BE_REPLACED

Comic Con season is upon us! For a lot of people of the geek/nerd persuasion, Con season is also high travel season; it’s maybe even the only vacations they take all year. The outfits we pack for conventions are probably going to be a bit more specific than the usual travel gear. So I wanted to post ideas about what to wear to express your fandom.

Let’s start with the easiest: the ubiquitous Graphic Tee (and tank). Graphic tees has been talked down a bit because of how common they’ve become, but just because they’re T-Shirts doesn’t mean you can’t do fun things with them. T-Shirts are comfortable and versatile and will likely be the easiest place for people to start experimenting with their geek style simply because most of us have a couple of geeky tees already.

Here are some ideas for how to style your tees – geeky or otherwise.

Take your basic shirt + bottom (shorts, jeans, leggings, skirt) outfit and spice it up with color or patterns. If your shirt design is minimal or neutral colored, go with a bright and/or busy bottom. If your shirt is already a bit busy or colorful, you can still go bold on the bottom, but balance by having the bottom be a solid color or minimally patterned.

And of course, you can mix two bold colors or patterns. Do what makes you feel comfortable.

END_OF_DOCUMENT_TOKEN_TO_BE_REPLACED 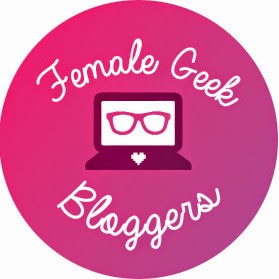